Women in STEM - 'Picture a Scientist 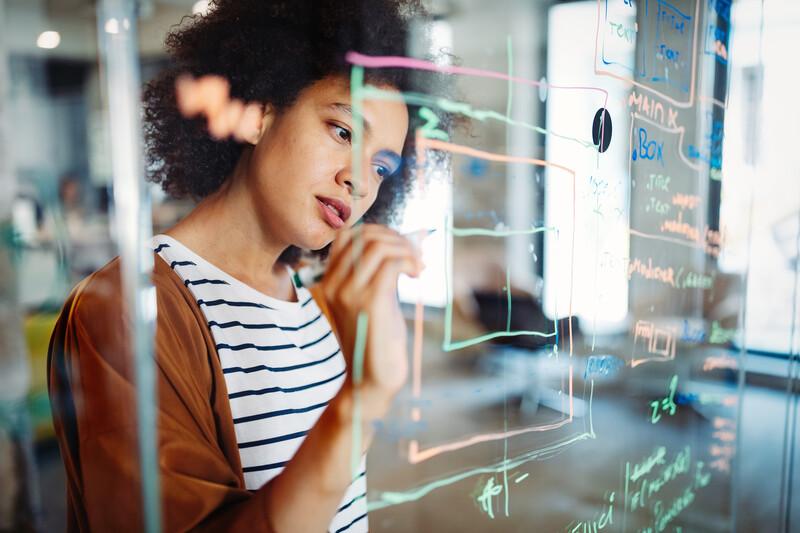 In March of 2018, Susan Pinker published a thought-provoking article entitled “Why Don’t More Women Choose Stem Careers” in the Wall Street Journal.  I was quite surprised by the article and the implication that, given their choice, girls and women prefer careers outside STEM, despite having strong abilities and interests in science and math.  The upshot, it seemed to me, was that companies needn’t focus on recruiting more women into STEM careers and should take a more laisse-faire approach.   It was a counter intuitive and unsettling conclusion that contradicted my own experience.  Recently, I was reminded of this article by a new NOVA documentary, which I’ll have more to say about later.

Pinker’s article summarized a study published in Psychology Science, which pointed out that while boys and girls tend to score equally well in math and science in the majority of countries studied, girls tend to outscore boys in reading.  This, they suggested, gives girls more choices than boys when choosing educational paths and careers consistent with their respective strengths.

Based on the results from the study, it was predicted (ceteris paribus presumably) that 41% of girls would obtain a college STEM degree.  And that’s what was found, “but only in countries with relatively weak legal protection for women, such as Algeria, Tunisia, Albania, and the United Arab Emirates.”  However, “nations with the strongest protections for women and the most dependable social safety nets—such as Sweden, Switzerland, Norway and Finland—had the fewest female STEM graduates, about 20% overall.”  In the USA, the STEM graduation rate was 24%.

Pinker asked Wendy Williams of the Cornell Institute for Women in Science for her perspective on these puzzling findings.  Williams hypothesized that in environments with limited options for women and girls, by implication those countries with relatively weak legal protections for women, and where “the best ones are in STEM, girls will focus there.”  Conversely, because girls do well at more than just STEM, in countries with better protections, “girls choose to pursue what they are best at—which could be STEM, or it could be law or psychology.”

Something else must be going on.  It can’t just be that girls and women find better legal protection and social safety nets more alluring than a degree or career in STEM.

In the 2020 documentary Picture A Scientist, which aired on PBS’s NOVA program, we get a sense of what that something else likely is.  In the film we get to see inside the academic life of women in STEM and the view reveals their experience with systemic and often subtle gender discrimination, “ranging from brutal harassment to years of subtle slights”.  Numerous examples of appalling treatment are documented throughout the film, sheading new light on conditions that are difficult to imagine existing, never mind persisting.  For instance, while working towards her Master’s degree at Boston University, Jane Willenbring, Ph.D., a Geomorphologist at the Scripps Institution of Oceanography, was subjected to simply horrific and demeaning treatment by her male supervisor while doing isolated field work in Antarctica. It’s a difficult part of the film to watch, but it feels grimly emblematic of the experience of too many female STEM students.  It’s a wonder Dr. Willenbring didn’t change her academic focus as a result.  But many women do.

Sangeeta Bhatia, Ph.D., a Biomedical Engineer at MIT, noted in the film that as a freshman at MIT, there was roughly a 50-50 split between males and females in her classes.  By her senior year the balance had shifted; only 7% of her classmates were female.  This is the leaky pipeline, the disproportionate attrition of females from STEM programs.   “Why do you move away from a profession and choose a different one?” she asks at one point.  “That’s a collection of personal choices, but part of it is the culture.”

Paula Johnston, President of Wellesley College, states it much more starkly: “In STEM we have spent a lot of resources and time to get young girls focused on STEM.  So, we know that we have been filling the pipeline.  The problem is that sexual harassment creates many leaks in that pipeline.”

So from this perspective, it’s the leaky pipeline of a toxic culture that drives down graduation rates and, by extension, employment in STEM careers.  It’s not that girls and women are drawn away by non-STEM degrees and careers but are instead are driven away by the academic culture in STEM fields.

There are lessons here for every organization, not just academia.  A culture defined by systemic discrimination towards women will encourage female employees and applicants to look elsewhere for work.  And it’s not simply a matter of recruiting more women, it’s also about the organizational culture that allows them to pursue and thrive in their careers free from the type of systemic discrimination highlighted in the film.

“Look at the caliber of these women [in this film],” notes Nancy Hopkins, Ph.D., a Biologist at MIT and one of the pioneers in the struggle against systemic discrimination towards women in STEM.  “This is what you lose when you do not solve this problem.”  Why would any organization, academic or corporate, overlook such a pool of exceptional talent?

(Susan Pinker’s WSJ article is behind a paywall, but a quick Google search will reveal a number of other articles from the same period highlighting this same study and hypothesis regarding the results.)